Showing posts from May, 2014
Show all

The True Tale of the Monster Billy Dean: telt by hisself - David Almond 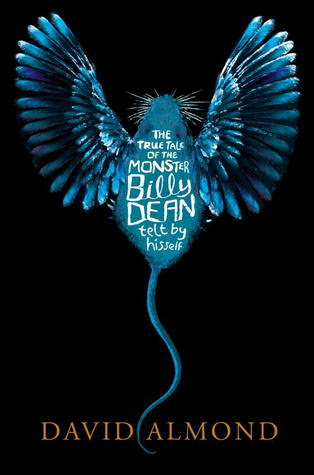 This novel is a challenge, not only because there is nothing easy about it (Almond makes his readers work for their rewards), but also because the writing style is so unique in many ways. If you've ever read Blood Red Road by Moira Young, you'll be familiar with the phonetic spelling in the narrative voice, though Billy Dean is much more extreme in this sense. Here's a little taste so you'll know what I'm talking about:
This tail is told by 1 that died at birth by 1 that came into the world in days of endles war & at the moment of disaster.He grew is isolayshon wile the enjins of destrucshon flew & smoke rose over the sitys & wile winderness & waste crept all acros the world.He grew up with the birds & mise as friends.So as you can see, it's not just the difficulty of being thrown into the middle of Billy Dean's life that might confuse the average reader, but also the style in which the tale is told. We don't know anything about Billy…
Post a Comment
Read more 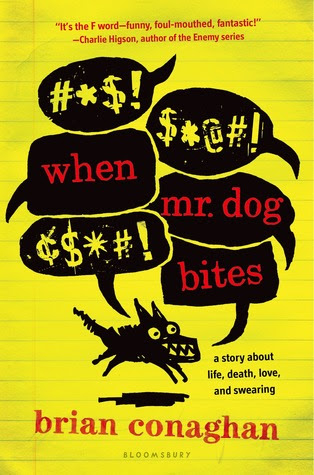 Dylan Mint battles Tourette's on a daily basis--the swearing, tics, howling, and inescapable desires to run away from stressful situation. When he visits the hospital with his mother one day, however, he hears some news that makes him very, very worried. He thinks he's going to die by the time March rolls around. Upon this rather terrifying discovery, Dylan makes a brief list of three things he wants to do before he dies:

1) Have sex with Michelle Malloy;
2) Get people to stop calling his friend, Amir, names because of the color of his skin;
3) To get his dad back from the war before, well, you know-know-what happens.

It doesn't sound like much, but for Dylan Mint, this is a lifetime of work, and adding his outbursts and tics to the mix makes it just that much more difficult.
When I first realized I wasn't able to talk too well, it felt as though I'd swallowed an eight ball (not the drug), and as if my windpipe would explode if I tried to say anything.Conaghan has creat…
Post a Comment
Read more 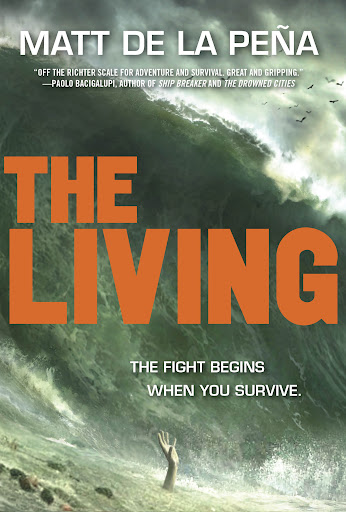 The Living recently received an Honor from the Pura Belpré committee. The award recognizes of a work which best portrays the Latino cultural experience in a work of literature for children or youth. As I was at the awards announcements, and having known people who served on the committee in the past, I was intrigued. I had read the winning title and the other honor titles, and was impressed with the choices. So here's my review of The Living:

The novel begins with Shy, a young guy working for a snazzy cruise line, offering water to people on the Lido Deck of the ship to combat the heat. Everything is going pretty well until an older gentleman comes out and starts spouting of weird, disconcerting phrases: "You have seen the face of evil."Shy doesn't quite know what to think, so he moves on to a couple of ladies on the other side of the deck. Just as he's handing them their water bottles, he sees movement out of the corner of his eye and realizes the old guy has cli…
Post a Comment
Read more 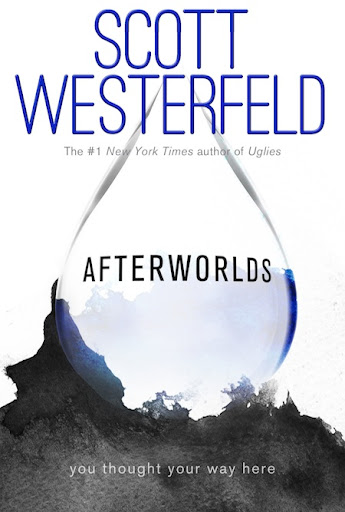 So basically, Scott Westerfeld decided to trick me. He made me read two novels at the same time! Which is difficult not to do, since Afterworlds is essentially a two-for-one special.  ___________________________________________ The most important email that Darcy Patel every wrote was three paragraphs long. . . .
This email was not a perfect query letter. But it did its job. Seventeen days after pressing Send, Darcy was signed to Underbridge, a flourishing and respected literary agency, and not long after that she had a two-book deal for an astonishing amount of money.Afterworlds (the novel): Darcy is a young author who managed to score a massive advance from the fictional "Paradox Publishing."She moves to New York to start her career as a writer, blowing off college, and trying to figure out how to navigate the world of publishing, and the complexities of first love.
It's called the flipside . . . . It's where the dead walk, and I'm going to tell you how it works,…
Post a Comment
Read more

No One Needs to Know - Amanda Grace 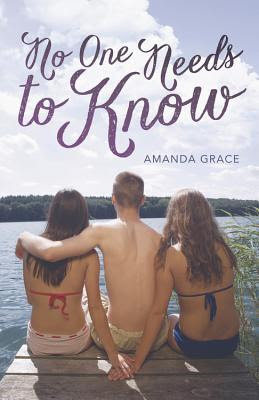 Olivia and Zoey are not great friends. Not by any stretch of the imagination. Olivia and Joey, on the other hand, are not only the best of friends, but are also twins. When Joey starts dating Zoey, however, Olivia’s relationship with both of them begins to change. She begins to wonder if she will ever be best friends with her brother again, and suddenly begins to warm up to Zoey. But when the two girls eventually fall for each other, Olivia doesn’t know what to do anymore, and has to make some tough decisions to make everyone happy… hopefully.
Grace’s novel is not overly complex, relying on a rather well-used plot wherein two people fall for the same love interest, but with a queer flair. The brother-sister dynamic is successful in heightening tensions throughout the book, and Zoey’s lower-class existence in relation to the upper-crust status of the siblings gives the narrative an overarching intricacy. Zoey’s sister and mother are secondary to Zoey’s portion of the tale, and I was alm…
Post a Comment
Read more

A Hitch at the Fairmont - Jim Averbeck Jack has just lost his father to war, and more recently, his mother, to suspected suicide. Her car went off a cliff at high speed and her body was never found. And if that's not bad enough, he has been "claimed" by his Aunt Edith, a corpulent and bad-tempered woman living in residence at the Fairmont Hotel in San Francisco. She keeps asking Jack about a mysterious series of seven numbers, but Jack doesn't know what any of that is about. Eventually Jack settles into a routine, riding the elevator up and down to get his aunt boxes of chocolates, and constantly finding himself in trouble with the bellman. But when he returns to the room one day, his aunt is missing and a mysterious message is written on the bedsheets in melted chocolate. As he tries to find her and scour the hotel, he runs into the one and only Alfred Hitchcock, who happens to be staying in the suite next door. The two work together to unravel a convoluted mystery before time runs out, discovering new s…
Post a Comment
Read more 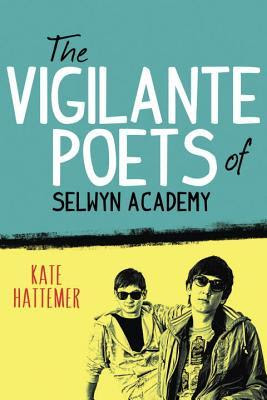 I originally bought this book solely because of the cover art and the title, but was also intrigued by the overall premise. I have read a few books over the last year or so in which teens take back their lives, fighting the powers that be, and becoming radical movers and shakers within the realms of schools, churches, and homes. What I love about these is the hearkening back to earlier radical movements that sought to free people from the control of governments and corporations that were only out to gain power and fortune at the expense of the general public. Looking around at some of the social and political forces at work in Canada and the US these days, I am glad to see these works of fiction wriggling their wonderfully subversive selves into the hands of young readers who will become the hope of the next generation(s). That being said, the book is awesome on its own, too!

Ethan, Luke, Jackson, and Elizabeth are all getting sick and tired of the way that For Art's Sake—a trashy …
Post a Comment
Read more 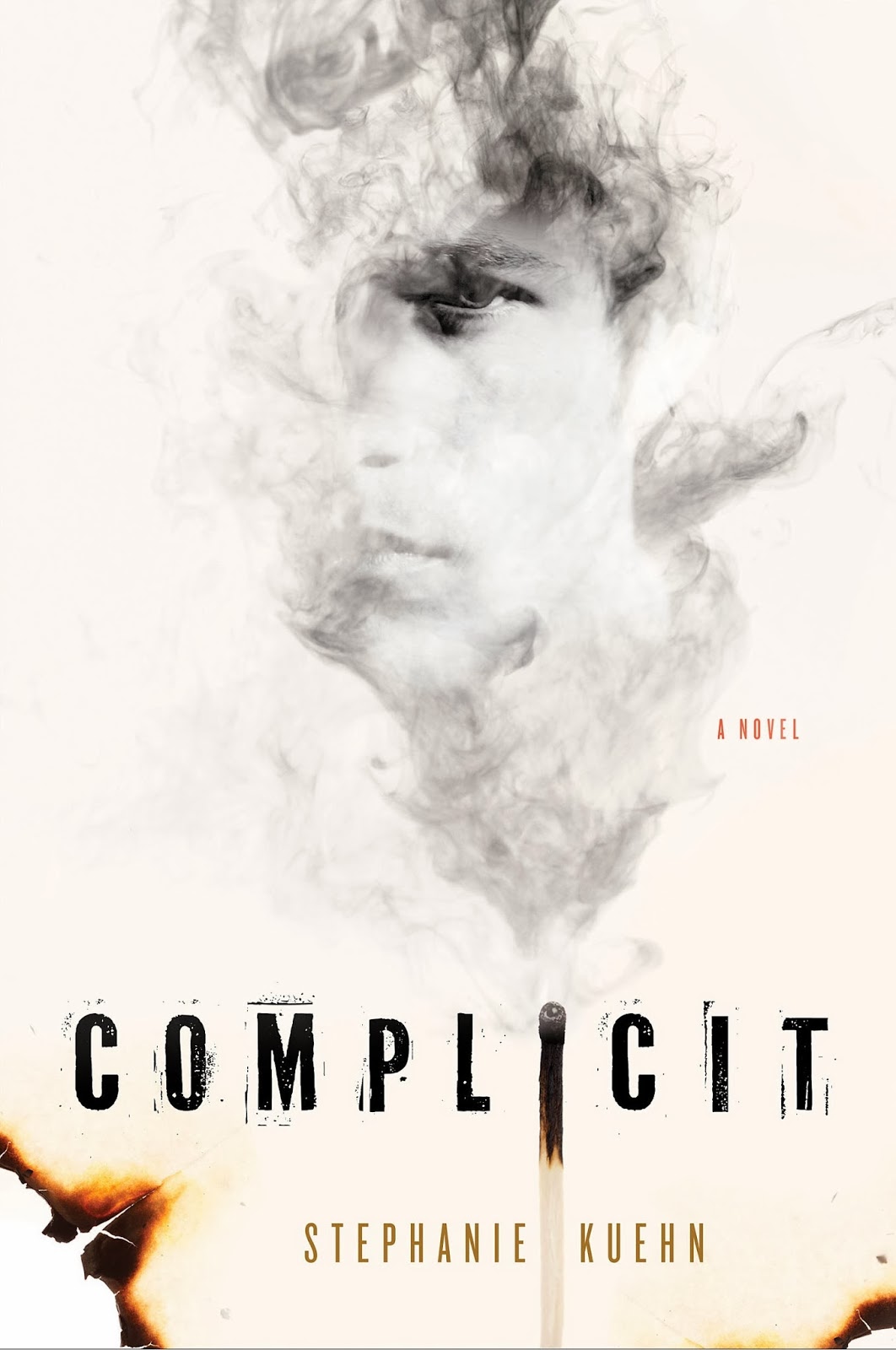 Okay, now that I've had a chance to calm down a bit, let me take the time to tell you what I think of everything that comes after that beautiful cover. So, here we go!
There are some dreams you can't wake up from. These are the dreams that try and trick you. The ones that lull you into believing you're awake, that your eyes are open and your mind knows what it's doing. But it's a lie. In reality, you're paralyzed. And when something terrible comes for you, you can't move.
No matter how hard you try.
The story my sister tells me is not a nice one.
It is not a dream I want to be having.
But it's mine.
I can't escape it.
No matter what you do.Jamie Henry wakes up one morning to the unnerving pronouncement that his sister has been released from prison—two years earlier she was sent away to juvenile detention for burning down a barn full of horses, putting another girl in the hospital, and r…
Post a Comment
Read more

Tell Me Again How a Crush Should Feel - Sara Farizan 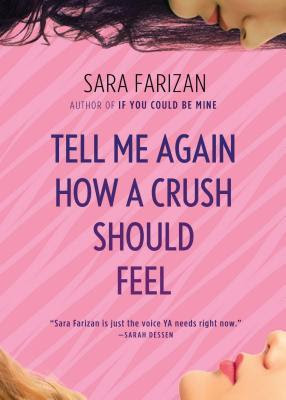 Let me begin this post by saying how glad I am that more on bisexuality is finally showing up in YA literature (and literature and studies in general, for that matter) since it used to be so often pushed to the side, marginalized. Only a few short years ago any mention of bisexuality would lead to a comment such as, "bisexuality is just half way down the road to gay," or "bi people are just confused." But that's not the case. Well, in some cases people are confused, but that's usually more in early teen years when hormones are going crazy and sexual feelings are in their early stages, leading to arousal at, well, anything! But I digress...

The subject matter of Tell Me Again How a Crush Should Feel is a dramatic departure from Sara Farizan's first novel, If You Could Be Mine, though the sensitivity, anxiety, and sexual frustration is still very much at the forefront of this new novel. Farizan is a fabulous contributor to the field of queer YA literature,…
Post a Comment
Read more
More posts

Rob Bittner
I have a PhD in Gender, Sexuality, and Women's Studies. I like books (perhaps a bit too much) and I find people odd. I want to understand things and children's literature helps me to do just that.